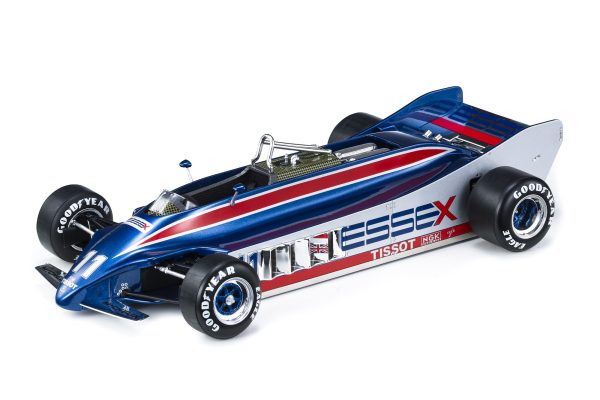 The Lotus 88 caused controversy in the F1 paddock, during the 1981 USA GP, due to its unique new twin chassis concept. A protests was lodged by the majority of the teams in the paddock, over the legality of the car, although being passed as legal by FISA technical staff, and scrutineers, which initially allowed the car to take part in practice on the Friday testing. However the teams protests stood, and Lotus raced the Lotus 81 instead during the race.

F1 retail store with F1 models available on display for you to look at before buying, F1 Teamwear available to try on before purchasing, from our retail store based in Brackley Northamptonshire

© Copyright 2020 - All rights reserved. The content on this website is owned by us and our licensors.
We use cookies on our website to give you the most relevant experience by remembering your preferences and repeat visits. By clicking “Accept”, you consent to the use of ALL the cookies.
Cookie settingsACCEPT
Manage consent

Any cookies that may not be particularly necessary for the website to function and is used specifically to collect user personal data via analytics, ads, other embedded contents are termed as non-necessary cookies. It is mandatory to procure user consent prior to running these cookies on your website.